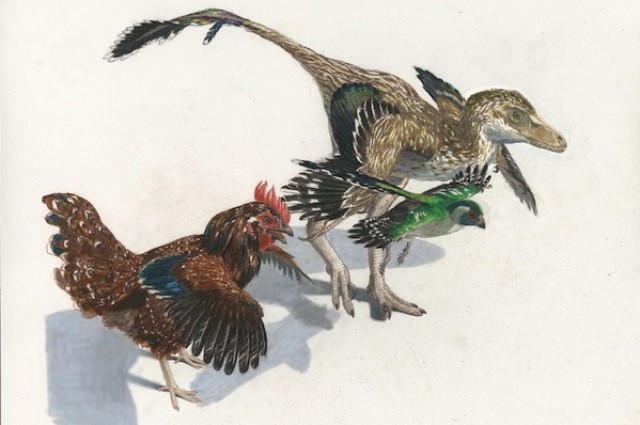 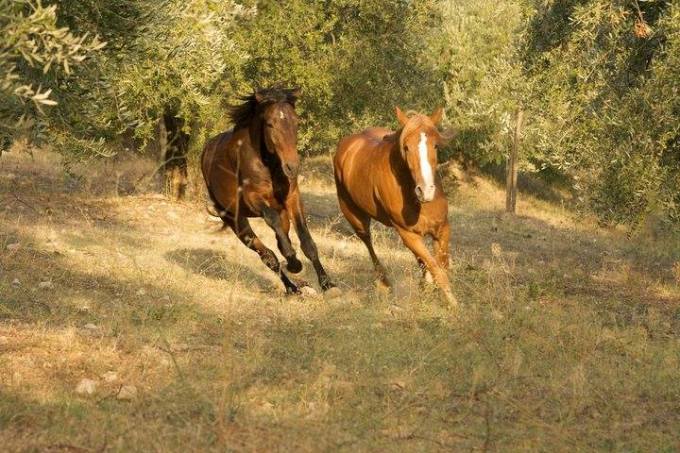 Cognition is a faculty that processes information, applies knowledge and changes preferences. It is both how the world is perceived and the knowledge that is derived from that perception. Attention, memory, problem-solving and decision-making are all key elements within the cognitive processes.

Trying to understand and explain the mental abilities of animals often sparks discussion because there are several very different definitions of cognition that relate to how people, including scientists, look at the world. The anthropocentric view, for instance, places human intelligence and cognition at the top of a pyramid and tends to compare the abilities of other animals to human ones.

For example, the use of language and the solving of mathematical problems are easily recognizable cognitive processes in humans. It is, therefore, tempting to apply the same processes to horses: Teach them how to count, recognize numbers or the alphabet then use the results as evidence of a form of equine intelligence. However, a horse that is able to count has actually learned a trick. It gives a misleading picture of the true capacity and needs of the horse and belittles his essence, especially when it is achieved with food premiums that distract from the horse’s actual understanding of a context.

Learning the alphabet is not of interest to a horse. It is, however, gratifying to man to train a horse to perform such a task. What is in a horse’s interest is an understanding of his surroundings, spatial representations and social dynamics; he also needs to be able to solve problems and to perform pre-conflict (where one horse interrupts two others that are starting a conflict) and consolatory (consoling) behaviors. A horse doesn’t need a reward for these behaviors—his satisfaction is intrinsic.

Trying to prove intelligence by creating behavioral projections from the human world, or trying to compare capacities instead of understanding different cognitive abilities, confuses the meaning of animal cognition. It also colors our ability to see the value of a particular animal or individual.

In nature, a horse is a cognitive animal because life in the wild requires it. Equine cognition has been shaped by the evolutionary process, both by the environmental challenges and complex social dynamics. In fact, every species has its own particular cognitive abilities and skills, as does every individual. Bats and spiders, for example, have a developed spatial cognition that allows them to navigate through and hunt in their environment.

“We have long since left the realm where animals are viewed as simple, stimulus-bound responders, passive learners or robotic followers of conditioning regimes,” wrote Russell P. Balda, Irene M. Pepperberg, and Alan C. Kamil in their book, Animal Cognition in Nature (Academic Press, 1998).

Sadly, in today’s society, this concept doesn’t yet seem to be recognized for the equine species.

Think, for example, of a situation when a horse is taken to a new habitat. Many horses are expected to immediately adapt without having the opportunity to explore and get to know this new environment. Although the new place is full of information for the horse, we do not perceive these elements as learning opportunities. As a result, many horses live in a blurred world full of situations and interactions they just get used to seeing but don’t really understand.

Besides recognizing and accepting a horse’s need to explore a new environment, we must also understand he has his own information-acquisition process. We might not see any evidence of this process because one characteristic of cognitive learning is latency, which means that the immediate result of the learning process often cannot be seen. What was elaborated—worked out mentally—by the horse might be used in a future moment, if and when circumstances call for it. However, even if we do not see the result of the elaboration process, what we can do is create room for learning.

This is a problem for other animals, as well. Think of a cat going outside for the first time. Most cats will sit on the doorstep first, at the border between their secure environment and the unknown, taking time to observe everything and form an idea of the situation. The human companion, however, is often too impatient because he wants to see some action and a result. So he interrupts that process and tries to convince the cat to step out. We need to learn to recognize and respect these learning moments instead.

Although the understanding of animal cognition has become an important topic and a crucial element for the horse’s quality of life, relatively little is known about it. We must, therefore, not just focus on how to train a horse but also understand his needs and preserve his socio-cognitive abilities.

Welfare, well-being and cognition are closely linked. Ignoring cognition means ignoring a horse’s profound and innate need to understand what is happening around him, understand his environment, and work out and express his own experience.

What Is a Cognitive Environment?

Horses who live in a social context and an enriched natural environment continuously process information while foraging, walking together, standing still together and observing herdmates.

As in other species, horses living in a family context have their own cultural transmission. Knowing each other, experiencing moments together and having the freedom to express themselves gives horses from a family—or family-like group—a detailed reading of each other that enables them to pick up on each other’s intentions by observation and activity. Refined social interactions such as pre-conflict behavior, affiliative behavior (behavior that promotes group cohesion) and shared exploring are then also developed. They take social dynamics into account and, in doing so, safeguard a cognitive context.

Horses can share experiences, learn together and from each other. A young horse can learn by observing a mature, experienced horse, but a mature horse can also learn from a young horse. It is called social learning in a socio-cognitive context. In this context, living together means living experiences together, learning nuanced expressions in a kind of dialogue in which every single relationship is unique and in continuous development. Obviously, the richness of these experiences depends on the individual horses involved. Similarly, if the environment becomes too dynamic, too competitive or if there are no elements that support the shared experiences, the conditions for socio-cognitive learning decrease.

Having shared experiences is crucial in creating a cognitive environment and offers deeper understanding of the context and of each other. However, it is also important to understand that putting a number of horses together doesn’t automatically mean that a safe social environment is created. Most horses in our society have no family ties or family-like groups in their living habitat and do not grow up together.

Living together in the same field is not the same as having shared experiences in a socio-cognitive context, especially when a herd changes continuously. In many situations, horses are busy defending themselves rather than trying to understand each other.

Humans can play an important role by creating the opportunities for horses to share social experiences with each other, such as facilitating an exploration in the field. Instead, horses are often subjected to fast dynamics: Many people go into a field to directly take a horse out, not to spend time in the field and notice from nearby what kind of environment and dynamics their equine companion is living in.

Preserving cognitive abilities means ensuring a horse lives in a context where there is respect for his specific needs and where he can express himself and understand his environment. It is also making sure that he isn’t continuously exposed to pressure and expectations in his interactions with humans. Nowadays, however, most horses are placed in stressful situations from the moment they are born. Many common features of modern equine life, including premature weaning of foals, social isolation, living in non-familiar and unstable herds, behavioristic training and lifestyles shaped by performance or competition goals all strongly affect the cognitive structures of horses and their welfare.

As social cognition is strongly related to the perception of each horse, and depends on all the previously mentioned elements, we need to learn to see a horse in this complex situation. We need to adopt a more holistic approach in understanding a relationship dynamic that cannot be captured by or attained with a method. That would be like finding a method for a happy human-human relationship.

Although many may have actually tried to capture it in a formula, in the end, we still have to experience every single relationship. And that is the beauty of it! Every sound relationship is a unique interaction in continuous evolution. With every new experience, everyone grows and acquires new instruments with which to see and perceive life.

A relationship that lasts and is based on cognition cannot be put in a manual as if it were a mathematical equation. It requires an awareness of all the various elements within the relationship dynamic.

Adapted by permission from Equus Lost? How We Misunderstand the Nature of the Horse-Human Relationship—Plus Brave New Ideas for the Future, published in February 2017 by Trafalgar Square Books. Available from http://www.EquineNetworkStore.com; 866-655-2698.

About the authors: Francesco De Giorgio is a biologist, cognitive ethologist, zooanthropologist, lecturer and writer in favor of animals and animality. José De Giorgio-Schoorl is a speaker, teacher in the horse-human relationship (zooanthropology) and horse and people facilitator.

In the photo Pioggia and Onda, two of the horses that live with Francesco and José at Learning Animals, in Italy.

This article was originally published in the United States the March 2016 issue, Volume #474 of EQUUS magazine